Fidelity Insurance for your Business 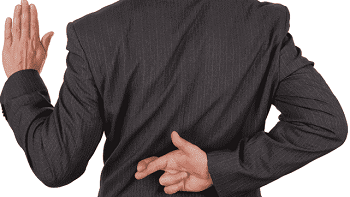 The who, what and why – Fidelity insurance is a class of insurance that is designed to protect you, as a business owner, against losses incurred as a direct result of fraud or theft on behalf of an employee. In essence, fidelity insurance protects you against the potential infidelity of your employees.

Why do you need Fidelity Insurance?

Corruption and fraud are common issues in South African society, not only in the public sector but also among privately owned and listed businesses. It’s puzzling therefore that so few business owners are aware of fidelity insurance. One reason for this might be the perceived complexity of this type of cover. However, the risks of not having this cover can make ignorance very costly indeed.

Consider the risk of arson, which is an insurable event. The incidence of arson in South Africa is higher than in many other countries as a side effect of our heightened crime rates. This risk is dwarfed, however, when compared to the even higher risk of fraud. In South Africa, your business is particularly susceptible to fraud. Why, then, would business owners prioritise insurance cover for arson and other crimes, but not fraud?

What is covered by Fidelity Insurance?

There are a few technicalities with fidelity insurance. For instance, it’s a requirement that the employee that has committed fraud must have gained something, be it financially, or, for example, using stolen goods for personal purposes. Another minor, yet important, detail is time restriction. If you discover fraud that has been going on for years, your insurer will only cover the preceding two years, even if you’ve had fidelity insurance for decades. Equally so, the insured will not be covered for any losses sustained before the cover was taken out.

Much like liability insurance, deciding how much fidelity insurance to buy can be a challenge. A good adviser should be able to give you an estimate of how much you should include in your policy. This will be based on your risk profile and other relevant variables, such as your number of staff, stock flow and possible incentives to commit fraud. If your business deals in selling luxury items to the general public for instance, the value of your stock is high and also susceptible to crime, as it is physical stock that can be stolen. In comparison, services-oriented businesses might need less fidelity insurance since there is no physical product that can be stolen.
However, these businesses are still vulnerable to financial fraud.

The controls you have in place in terms of business processes will also affect how much fidelity insurance you should buy. If it’s easy for an employee to steal money or stock from you, your internal processes are lacking. By its nature, fraud within a business is hard to detect and can in some cases carry on for years, resulting in millions in financial losses. Your fidelity insurance policy should cover you from losses sustained as an indirect result of inadequate controls within the business, but only initially. If your business is the target of fraud by an employee a second time, your insurer will want to know that you put the necessary controls in place after your initial claim before paying out your new claim. If these controls are still lacking, your insurer may repudiate the claim.

Which type of Business should have Fidelity Insurance cover?

All businesses that make money should have at least some kind of protection against losses as a result of employee fraud. Corporate conglomerates have thousands of employees, many of which are paid by different departments within the organisation. This means there are a lot of holes to plug.

Small business owners should also consider fidelity insurance, as stock theft or even low-level financial fraud could be financially crippling without cover. To illustrate, if your business lacks certain basic defences against fraud, a cashier could potentially steal hundreds of thousands of rands, simply by voiding purchases and pocketing customers’ money.

Crime is unfortunately a reality, and the financial loss involved can drastically affect a business. It is therefore essential to mitigate these risks with proper insurance coverage.