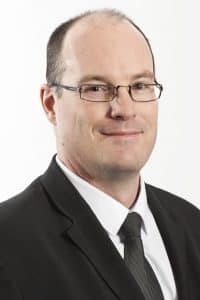 South Africa has seen a marked increase in stakeholder activism in recent years, and as a result there has been a rise in litigation against companies and their directors. High profile cases, such as the discrimination lawsuit against the CEO of Imperial Holdings to name one, demonstrate the costs involved in such proceedings can be devastating.

This is according to Anton Meyer, Executive Head: Claims (Financial Lines; A & H and Motor) at SHA Specialist Underwriters, who notes that along with an increase in incidents of litigation in recent years, there are two trends that pose a growing risk for business owners and top-level executives.

“The first concern is the notable lack of awareness among South Africa’s C-suite executives regarding the full extent of their obligations to their companies and stakeholders. SHA conducted an industry-first Business Leader Risk Survey, and found that 56.5% of South African business owners did not have a clear understanding of their obligations under the new Companies Act. Equally alarming was the fact that around 25% of company directors and 28% of all C-suite level executives were also unaware of the sheer magnitude of their responsibilities as detailed in the legislation.”

“The Companies Act compels directors and officers to act with a duty of care and skill, while placing the organisation’s interests at the forefront. Any party who contravenes the Act may be held liable for any loss or damage suffered by another party as a result of that contravention. Claiming ignorance of these legal responsibilities is also not an adequate defence for a director. Given that the risk landscape is continually evolving with new cyber, environmental and regulatory risks constantly arising, it also means that executives are under constant pressure to ensure that they understand their roles and responsibilities intimately.”

Secondly, Meyer says that the majority of South African directors and officers are not adequately insured. “Executives who act negligently are not the only individuals at risk when an injured or wronged party sues for damages. Directors and officers who act on behalf of an organisation are still at risk of losing millions in legal costs, even if the courts eventually settle in their favour. It is therefore worrying to note that the SHA survey has found that 52% of the businesses surveyed do not have adequate Directors’ and Officers’ insurance cover (D & O cover) in place.”

He adds that executives who have responsibilities to shareholders under the Companies Act, should recognise that adequate D & O cover is integral to fulfilling their duties. “Directors’ and officers’ liabilities are exceedingly complex, and can become even more intricate when considering variables such as the totally different defences and strategies between different individuals. Each case can also lead to further disputes and conflicts, meaning that the potential impact on the financial security of any affected individual can increase exponentially. It is for this reason that companies need to conduct thorough due diligence and invest not only in adequate training for all of their directors and officers, but also in comprehensive D & O cover,” concludes Meyer.